Volcanoes Around the World

- some annotated maps by Year 8. 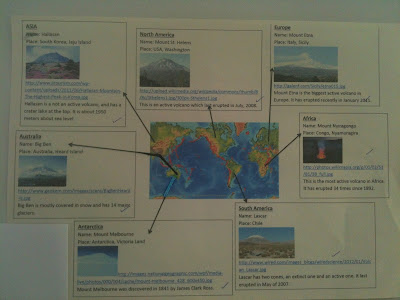 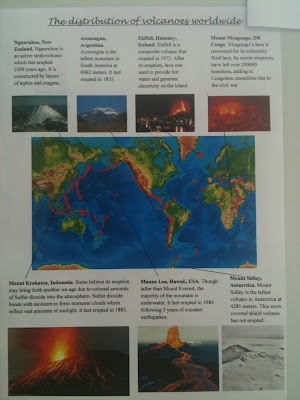 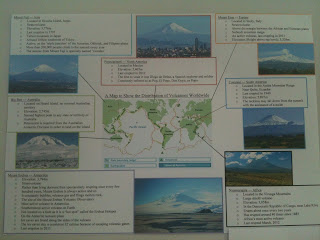 
The Structure of the Earth


We found out about the layers below the Earth's surface: 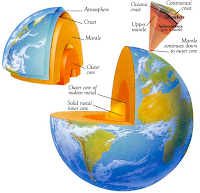 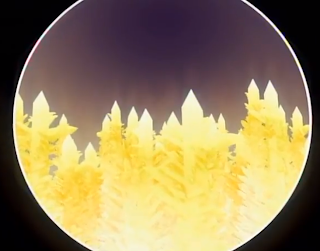 New research suggests that the Inner Core consists of iron alloy crystals.
They could be up to 10km high - like a crystal forest at the centre of the Earth.
(source: BBC Horizon: The Core)

'New measurements suggest the Earth's inner core is far hotter than prior experiments suggested, putting it at 6,000C - as hot as the Sun's surface.' This means that the pressure at the earth's core is 1 million times that of the ocean floor.

So the science of plate tectonics is continuously making new discoveries.

In 1915 Alfred Wegner, a German geologist, proposed the theory of Continental Drift in his book 'On the Origin of Continents and Oceans' and since then scientists have researched the movements and make up of our planet.

The Plates that make up our Planet. 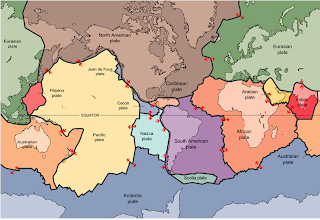 Plates meet at plate boundaries where they either collide or move apart from each other. 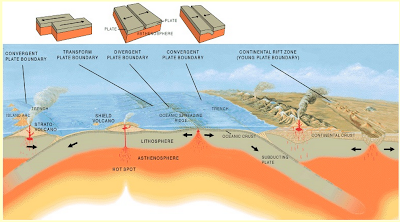 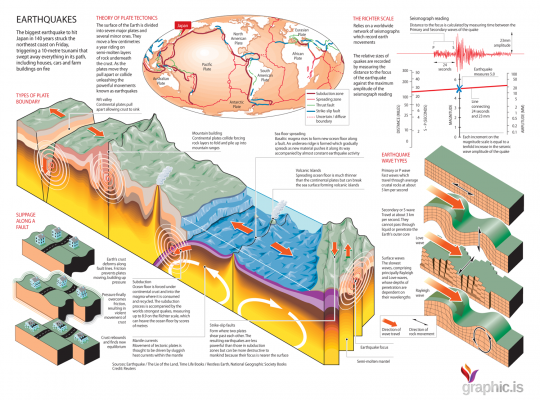 Geography In The News